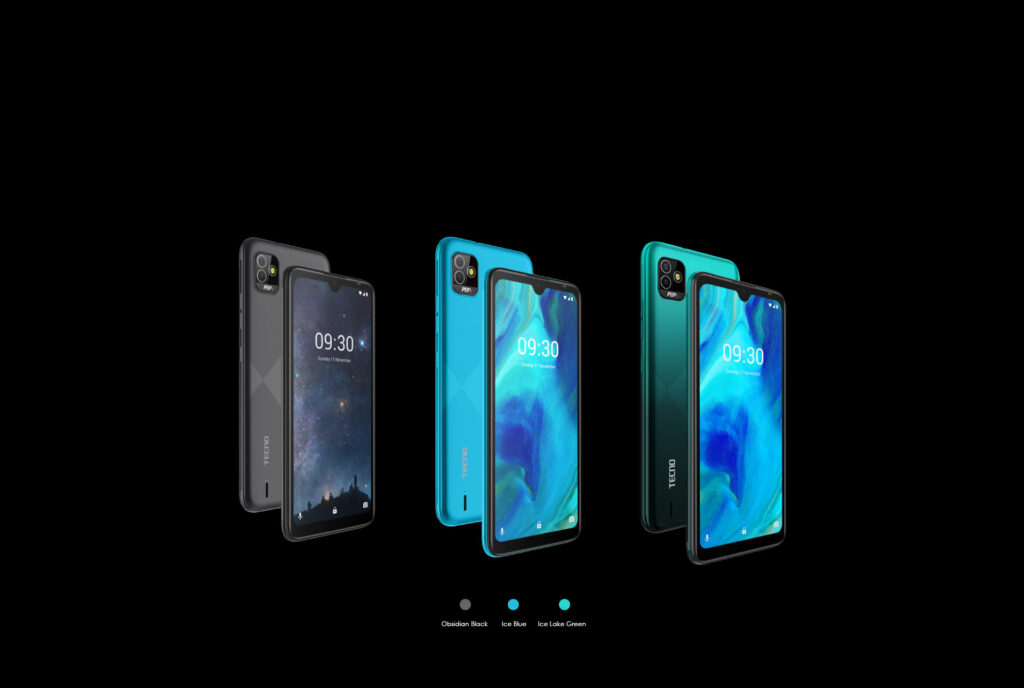 Pop 5 comes with a design that looks like that of the Pop 4 apart from the front view, the backside of pop 5 is almost the same as pop 4 the only noticeable difference is the 5MP double rear camera and loudspeaker positioning. At the front view, the Pop 5 looks more like the Olla m8 smartphone. At the top of the screen is its 5mp selfie camera and at the top of the camera is its beautiful earpiece.

The Tecno Pop 5 comes with three different colors to pick, these colors include; obsidian black, ice blue, and ice lake green. It also has texture lines on each of the color variants like that of the pop 4. At the top of the pop 5 is its earphone jack and at the bottom is the USB port.

Like I said earlier the pop 5 comes with a dual 5mp camera and a flashlight at the back while at the front is another 5mp camera. Seems like the Tecno pop series comes with the worst camera ever, I remember vividly, I complained bitterly about the pop 4 camera, here we have it again the pop 5 camera is not as good as I thought it would have been. The dual 5mp back camera is the worst, pictures look dull especially when it’s dark, pictures look a little bit better when there is enough light. The back flashlight is fine but, due to the camera quality, you need to be close to capturing objects.

Let’s move over to the front 5mp camera. The 5mp camera seems to be better than that of the Pop 4, even as the Pop 4 also comes with the same 5mp front camera. The front camera also comes with a bokeh effect mode that looks manageable. But, it is nowhere compared with that of the Tecno spark 7p smartphone. The front 5mp camera doesn’t take good pictures in areas with low light. Finally, on the camera aspect, the pop 5 stands out saying “ I am not the picture type”

The Pop5 comes with a Mediatek processor and a Quad-core 1.3 GHz Cortex-A7 CPU. This processor is used on most mid-range smartphones as well. Pop 5 comes with 32GB and 2GB while Pop 5 Go has a 16GB ROM and 1GB RAM variant. But like I said I am only reviewing the 32GB and 2GB ram versions.

Pop 4 was never a gaming smartphone same thing goes for its successor, Tecno pop 5. But when it comes to speed the Tecno pop 5 is average, Tecno pop 5 also comes with a 32GB ROM and 2GB ram just like the pop 4.

The Pop 5 smartphone comes with GAPPS (google applications) like the play store, Gmail preinstalled on it. And as usual, they ditched the YouTube music in replacement of the boom player like they did in the pop 4.

Pop 5 inherited the 5000mah battery from Pop 4. The 5000mah battery can last for two days on medium usage which is the same duration as that of the Tecno Pop 4. Here comes the problem, the Pop 5 also inherited a liability which is the “no fast charge feature”. This means it doesn’t come with a fast charge feature and you are likely to stay long for it to charge to the fullest.

Now we move over to the network aspect. The Tecno Pop 5 comes with WCDMA, EDGE, and GPRS networks service, sadly the downside of the pop 5 is that it doesn’t come with a 4G or 5G service. Seems like pop 5 inherited that plague from the Pop series.

(Full specification got from Tecno mobile)

What I love about tecno pop 5

Large battery: The pop 5 comes with a large 5000mah battery which can take you two days or more on medium usage. With this, I was able to stay connected for two days on medium usage, but if you are a heavy user you would need to charge up before the day runs out.

Large storage: Pop 5 comes with a 32GB ROM and 2GB RAM while pop 5 Go comes with 16GB ROM and 1GB RAM. I would only recommend pop 5 to pop 5 go because it has times two space of ROM and ROM of the pop 5 go version.

Nice resolution: remember the bad part of pop 4 includes the screen resolution right? In this case, it is different now as the pop 5 comes with a bigger and better resolution of 1560*720px Display. This is times two better than that of the Tecno Pop 4.

What I dislike about tecno pop 5

Low-quality camera: If you followed up my previous review about Tecno pop 4 you will notice it is also affected by this same problem. The Pop 5 looks a little bit good with the 5mp front camera compared to that of pop 4. The pop 4 back 8mp camera looks better compared to that of the pop 5 dual cameras.

No fast charge: For me, a smartphone with a large 5000mah battery is mandatory to come with a fast charge feature. But in the case of Pop 5 and pop 4, these features are not installed which means you are bound to charge your phone for a longer period before it gets filled up.

Poor front design: I remembered I called the pop 4 front design old-fashioned but I would rather go for its design than that of the pop 5. The pop 5 screen to body ratio is so bad that it is noticed even from far away it looks too childish. It looks like that of the Olla m8 which is been sold two times lesser the price of the pop 5. To me, a better design or screen-to-body ratio is being expected than what is been presented now.

Where to buy the tecno pop 5 smartphone

For me, the Pop 5 wasn’t built for selfies or photo purposes but is built for the juice lover. With its 5000mah battery, you are sure of doing more before it runs out. There is not much difference between Pop 4 and 5. It is just the front design and nothing much.

Are you using Tecno pop 5? what’s your experience so far? We would love to hear from you in the comment section below.

Top Things To Check When Buying A Laptop

How To Test And Enable Computer Gamepad Vibration

Tecno Spark 7p Review And Its Price In Nigeria 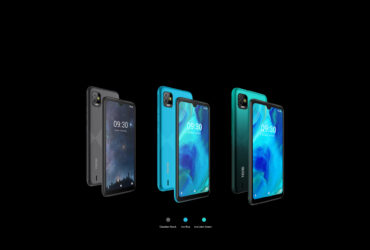 Some months ago we discussed the Tecno pop 4 today...

9ja Tide contains affiliate links, If you buy through links on our site, we may earn an affiliate commission. This keeps it 100% reader-supported and free of advertisements or sponsorships. Thanks for your support.

Contact Us
About Us
Privacy/policy
Advertise
SiteMap
HOME
Onyeneke Paul