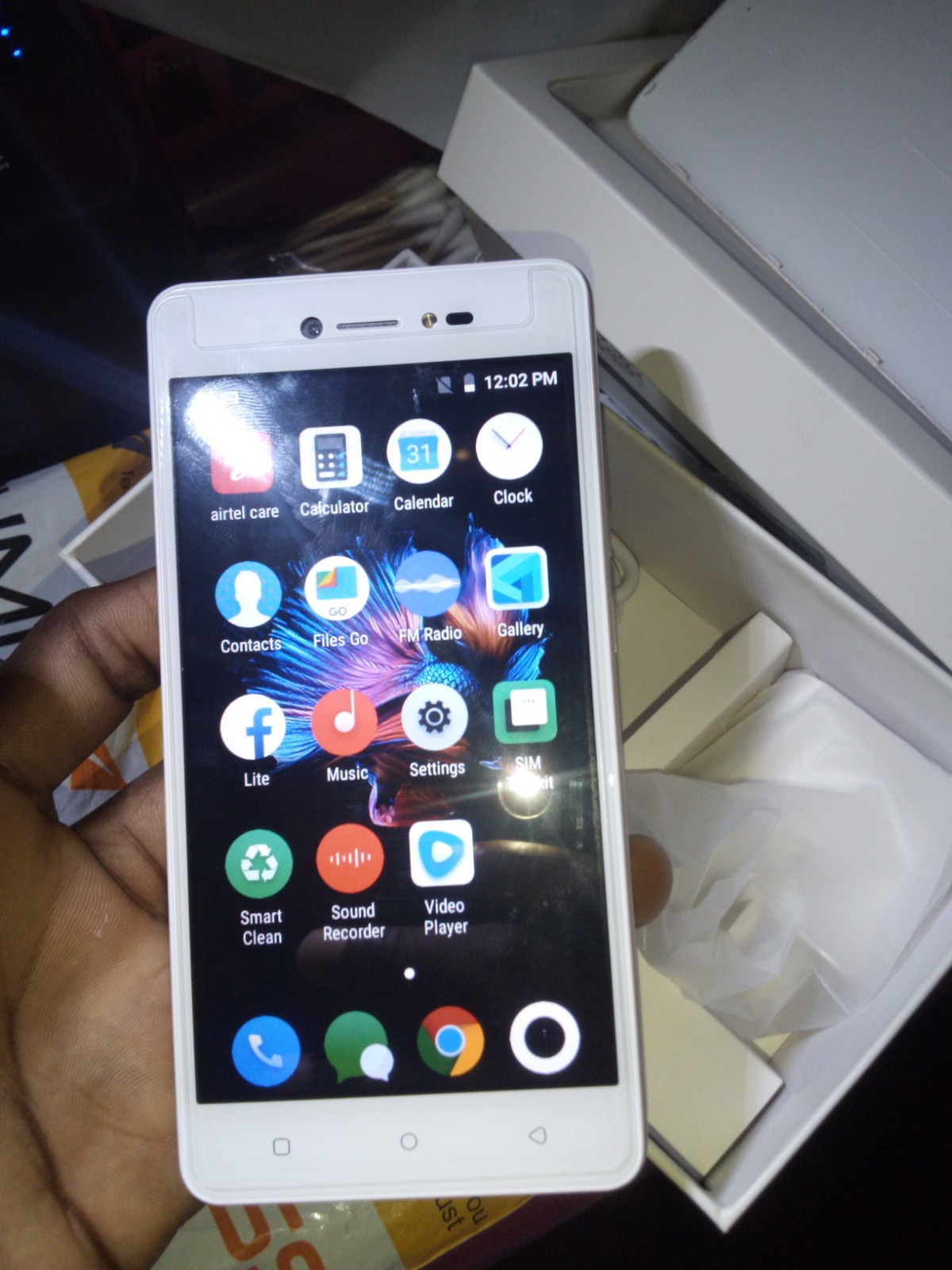 Lava z50 pro is another smartphone that caught my eye. In February 2018 lava released the lava z50 followed by the pro version.
I know I wrote an article about the olla m8 being the cheapest 4g smartphone, but all that changed now because I just got the lava z50 pro smartphone for 13,990 Nigerian nairas.

Although the lava z50 pro is a little old and was been sold for 24,000 Nigerian nairas then when it was first launched but now the price has dropped drastically to 13,990. This may be due to it being a little bit old and also running on the Android 8 version.
Quick one, let’s look at the specification of lava z50 pro.

The lava z50 has a beautiful design, at the top left of the phone is a 2.0mp camera, the earpiece at the centre, and a front flash and a sensor at the right top of the screen. Below the screen is its navigation buttons the lava z50 and pro-screen-to-body ratio do not look too good to me.

The lava z50 pro smartphone has a 5mp rear camera and also a 2.0 front camera. I took some pictures with it and it was amazing I never expected the camera to be this sharp. The picture would have been much better if the pixel is a little bit higher.

The lava z50 Pro smartphone comes with a MediaTek MT6737M processor and runs on a quad-core 1.1 GHz cortex A53, which looks a little low compared to the regular quad 1.3ghz processors from its counterparts.

The lava z50 pro comes with a Mali T720MP2 GPU, I tested a few light games like angry Bird 2 and contra they all run well. I am very sure this smartphone will run the modern combat 5 without issues as some games’ graphics and properties are been reduced or high depending on your chipset.

Let’s not forget the storage space of the lava z50 pro, the z50 pro comes with an 8GB ROM and a 1GB ram. I was expecting something higher like the regular 16GB storage and a 2GB ram. yes, I said so because, the lava z50 and z50 pro have the same storage size which looks disappointing to me, I mean this is a pro version we are supposed to see at least changes in the storage size.

When it comes to software the lava z50 pro comes with android 8.0 go edition, this means it was built lite, and all GAPPS (Google application) runs on the lite version, making it fast and stable.

If you are in Africa you will notice the persistent increase in battery sizes from different phone manufacturers when it comes to producing smartphones for African countries. This is due to power issues in Africa.

In the case of the lava z50 pro, it is a little bit different as the z50 pro comes with an average 2,500mah battery size, which is a little bit smaller than the olla m8 pro.
I always emphasise on this ” A 4g smartphone with less than 3000mah doesn’t look too good” unless it is going for a cheaper amount.

There is a USB cord, headphones, charger, and manual all these are inside the box of lava z50 pro.

FLASH
LED in Front and Rear

EXPANDABLE MEMORY
Expandable up to 64GB

What i love about the lava z50 pro

4g service: The lava z50 pro comes with a 4g service which is fast when browsing. No one will expect a 4g internet service for a phone that cheap, I didn’t believe it at first when I placed the other.

A nice camera: Although the rear camera’s 5 megapixel is below average I still get a good shot from it.

Good performance: It was fast and also comes with the Android Go edition

Very affordable: I placed an order last week and now my friend wants it. since it is very affordable they want to have a test of its 4g service as most known phone manufacturers in Nigeria are known for high price tags when it comes to 4g service.

Beautiful design: Apart from the bad body-to-screen ratio of this smartphone, the design looks catchy, especially on the back.

What I don’t like about the lava z50 pro

Low ram: Although I got my first android 512MB smartphone which was Tecno p3 for 12,500 Nigerian nairas it would have been nice if it came with a 1.5GB or 2GB ram.

Bad night captures: It is very hard to take pictures at night with the lava z50 pro because it hardly catches pictures from far, you have to be very close or stay in a place where there is light like the picture I took above.

Not so good screen-to-body ratio: The spaces above and below the screen of the smartphone would have been adjusted. From the picture below you could see the wasted spaces, it would have looked small and handy if the space was managed well.

Where to buy lava z50 pro in Nigeria

Are you using lava z50 pro or lava z50? please tell us your experience so far in the comment section.