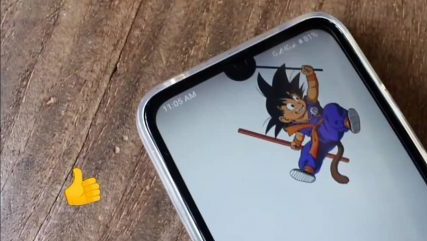 My hands on olla m8 the cheapest 4g smartphone in the world.

Olla has been in the smartphone business since late last year and they have created fantastic phones with unbeatable price for its spec, last year olla m8 was created, but was announce on February 4, 2020, and released on February 25th, 2020, and also m8 plus m1 lite and others, which all runs on 4g and 2gb ram for good multitasking, and average camera.

Judging on its spec and price you will agree with me it’s worth your time and money olla m8 specification includes a 13mp + 0.3 autofocus camera which takes a very nice selfie when there is a good light. I wouldn’t say it is the best but I will give it an average score, on the back of the phone is a soft flashlight which doesn’t take a clear picture at night beneath the main 13mp camera is a 0.3 rear camera which function wasn’t stated by Olla.

Olla m8 also comes with a fingerprint scanner which is positioned well at the back of the phone the olla m8 lacks this kind of beautification at the back, it looks kind of dull, compared to the olla m8 plus looks better than m8.

M8 killer point is it’s front 5mp water drop camera, with a curved screen at the top edges and down too it was well designed when viewed from the front its looks nice and portable than m8 plus, it has a 5.77-inch display which is a little bit smaller than m8 plus 5.99inch and it has a 720 x 1440 pixel resolution which looks good for me.

Ola m8 also comes with a quad-core MediaTek MT6739 processor now, here is the truth olla m8 is packed with a removable 3000mah battery and not an inbuilt battery as seen on jumia and other blogs, and finally, olla m8 is blended with a 2gb ram and a 16gb Rom.

WHY YOU SHOULDN’T BUY OLLA M8

It has a hotspot bug issue just like olla m8 plus you can receive files and sends yes it works fine but, connecting another phone to your hotspot is very difficult, But you can maneuver it using this software

olla m8 doesn’t have a front flash, for those who love selfies.

Another one for those who love pictures, the back soft flash doesn’t catch pictures at night if you are a bit far it doesn’t catch anything unless you are very close.

No future plans for an update, olla m8 security patch has been idle since the manufactured year which was in 2019, and no update talk more of an upgrade.

For now, olla phone’s body-parts are hard to get because it’s a new product so if you are planning to get one, handle with care.

WHY YOU SHOULD BUY OLLA M8

Ola m8 comes with a 4g network and works fine on Glo and Mtn network I am yet to test other Nigerian networks.

It comes with a free gift which is a free headphone and a body pouch unlike m8 plus which comes with only a USB cord and a charger.

Fits fine in the hands.

m8 comes with 3000mah a bit higher battery than m8plus.

Android 9 version preinstalled on it.

Credits goes to MTMH. Here is a youtube video about olla M8 done by MTMH

PRICE AND WHERE TO GET THE OLLA M8

Olla M8 The Cheapest 4g Smartphone In The World 16,500 Naira